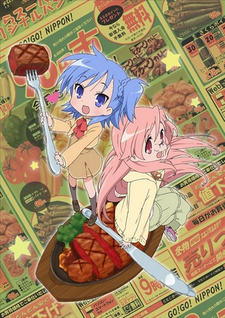 Miyakawa Hikage is an elementary school girl, living with her older sister Hinata. Every day they have to struggle with the poverty and financial ruin that go along with an otaku spending lifestyle.Note: Miyakawa-ke no Kuufuku is a spin-off of Lucky Star.The series originally received a streaming on the Ustream service. Later it was bundled on a DVD with the limited-edition 10th volume of the original Lucky Star manga on October 26, 2013, to commemorate the 10-year anniversary of the Lucky Star series.